Numerous local authors have all worked together with some publishing companies on a new project which is hoping to bring new light on the Tennessee State Penitentiary. All the authors are avid historians who wanted to discover what secrets the penitentiary has hidden away and they managed to uncover unseen images that allow them to paint a clear picture for the reader. 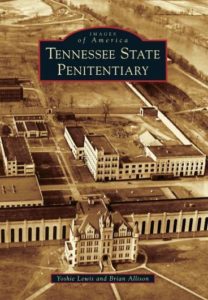 Known in Hollywood and pop culture as one of the most famous prisons in history, Tennessee State Penitentiary is revealed in the newest addition to Arcadia Publishing’s popular Images of America series. Boasting more than 200 arresting vintage images, Tennessee State Penitentiary is the collaborative work of previous Arcadia author Yoshie Lewis and historian Brian Allison. This book will be released on October 13, 2014.