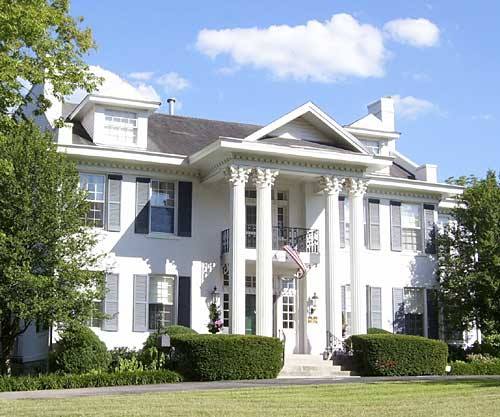 In 1927 Judge Beauregard Daniel chose a five-acre lot overlooking Hillsboro Pike as the place to build a permanent home for his art collection. The House was to be a lofty white columned Greek Revival house, a perfect setting for his many European treasures.

Having outgrown their previous clubhouse purchased from the Ridley Wills family at 217 Louise Avenue, the J. B. Daniel House, as it is now known, became the home of the Woman’s Club of Nashville on November 14, 1957.

Though the four-story house included 14 rooms, four bathrooms and a full basement, the club’s continued growth in membership made expansion necessary. On December 5, 1977, a contract was signed between the Woman’s Club of Nashville and David F. Lane, Contractor, to add an auditorium to the present building. The auditorium now known as Haley Hall, was named after Lera Herbert Haley, the Club’s first President.

Today, the Woman’s Club of Nashville maintains the preservation and restoration of the House, conforming to the characteristics and architectural structure of the period in which it was built. The House was listed in the National Register of Historic Sites and the Tennessee Register of Historic Sites on May 26, 2016, by the State Review Board of the Tennessee Historical Commission.

Click here for more history about the Woman’s Club

– There is parking on the Golf Lane Side of the house and is handicapped accessible.

– Meet at the front entrance.

Historic Nashville, Inc.’s Annual Membership Meeting is an opportunity to meet and mingle with other... END_OF_DOCUMENT_TOKEN_TO_BE_REPLACED