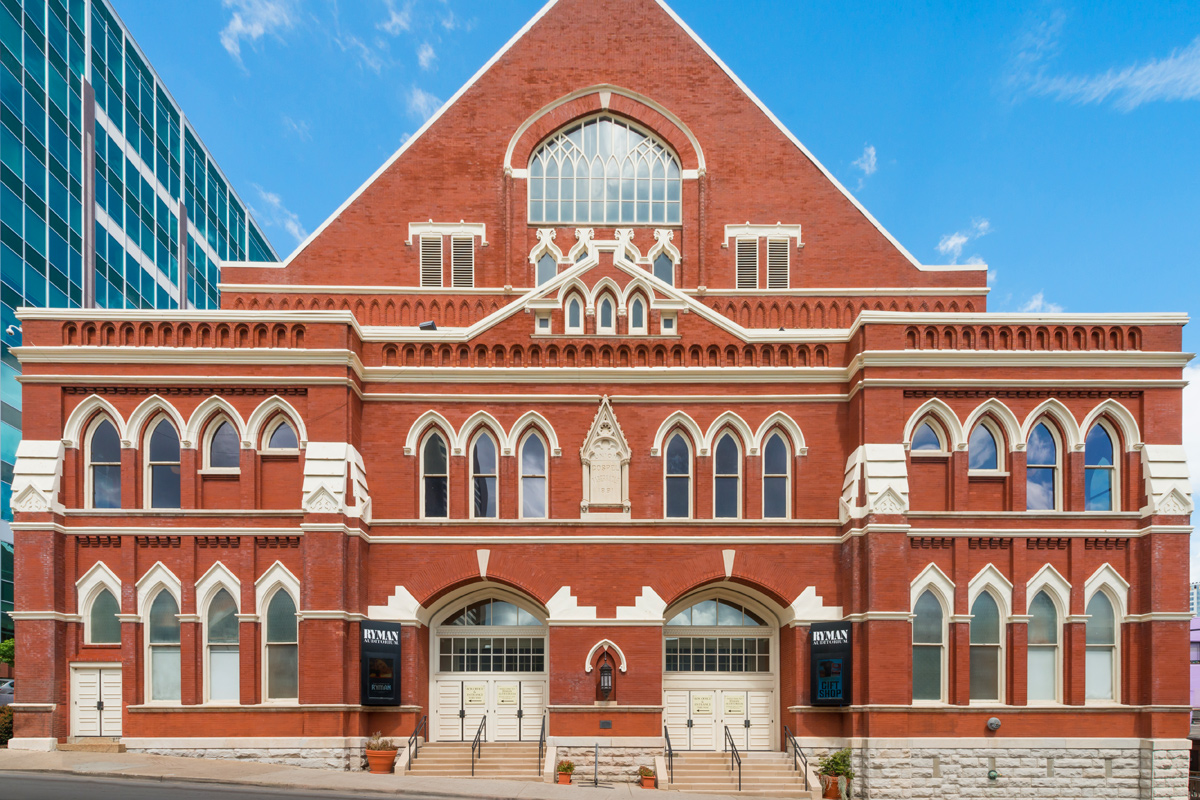 When you walk through the doors of the historic Ryman Auditorium, one thing becomes clear right away: this isn’t just another nightly music venue, and it’s so much more than a daytime tourist stop. This place is hallowed ground. This is the exact spot where bluegrass was born—where Johnny Cash met June Carter, where souls were saved and a slice of history was nearly lost. It was right here that country music found an audience beyond its own back porch, and countless careers took off as deals were signed on napkins and paper scraps backstage. This is a building where anything is possible: a soul can find redemption, a crumbling building can find salvation, and an unknown kid with a guitar can find his or her name in lights.

Our story starts with an 1885 tent revival led by fiery evangelist Sam Jones and attended by 5,000 people, including steamboat captain and prominent Nashville businessman Thomas G. Ryman. The captain was so unexpectedly moved by the experience that he dedicated his life and fortune to building and constructing the Union Gospel Tabernacle, a place where all people could gather and worship. When Ryman died, its name was changed to honor his legacy.

When the Grand Ole Opry put down roots here in 1943, the world would never be the same as the live radio and TV show brought the likes of Elvis Presley, Hank Williams, Johnny Cash, Marty Robbins, Minnie Pearl, Patsy Cline, and Roy Acuff to the stage and into living rooms around the country for thirty one years.

**We will meet in front of the Ryman. Parking is available at the Nashville Public Library or street parking nearby.

**Please use the button below to register via Eventbrite. If the button does not appear in your browser click here to RSVP. **

Historic Nashville, Inc.’s Annual Membership Meeting is an opportunity to meet and mingle with other... END_OF_DOCUMENT_TOKEN_TO_BE_REPLACED