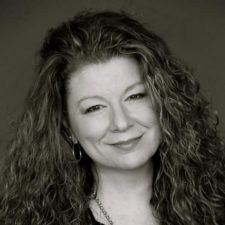 Sharon Corbitt-House is a 32 year Music Row veteran. She moved to Nashville to pursue a career as a singer/songwriter but found herself drawn to the business side of the industry. She has focused for the past 18 years on managing record studios, including Ocean Way Nashville, The Sound Kitchen and Grand Victor Sound (aka RCA Studio A). Grand Victor Sound was originally built in 1965 for then label head Chet Atkins and for the RCA Victor label. A few artists who originally recorded at the studio were Waylon Jennings, Willie Nelson, Dolly Parton, Porter Wagoner, Bob Dylan, Leonard Cohen, The Monkees, Billy Joel, Leon Russell, to name a few. Since 2009, when Sharon came on board, Grand Victor Sound (Studio A) opened to outside commercial clients and some of the artists who have since recorded at Grand Victor Sound (aka Studio A) are Tony Bennett, The Beach Boys, Kacey Musgraves, Trans Siberian Orchestra, The Blind Boys of Alabama, Bob Seger, Sara Bareilles and Chris Stapleton.

In 2012, at the urging of Ben Folds, Sharon formed All Good Factory with business partner Mike Kopp to manage Ben Folds artist career and his diverse interest that involve photography, music education and music therapy. Sharon now co-manages all day to day business for Ben’s artist career as well as developing other artists, The Accidentals, Arielle, Cardboard Kids, Sierra Black, film & tv composer Vince Emmett, producer/writer Michael Bradford and orchestral conductor Liza Grossman. Sharon is very involved with Americans for the Arts, the American Foundation for Music and Science (founding Board Member), The Recording Academy, Audio Engineering Society (Board Member-Nashville Chapter), Historic Nashville (Board Member), as well as Songwriting With: Soldiers. To date, Sharon has facilitated recordings that have sold in excess of 120 Million plus worldwide. Sharon, along with Aubrey Preston, Mike Curb, Chuck Elkin, Ben Folds and Mike Kopp, where named 2014 Nashvillian of the Year by the Nashville Scene for their efforts to Save Studio A from Demolition. Sharon along with Ben Folds and Mike Kopp are currently involved with several music and educational initiatives with the Kennedy Center in DC.