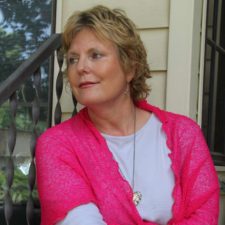 Pamela Lewis, a native of upstate New York, is a graduate of Wells College with a B.A. in Economics/Marketing and a minor in French and Communications. Lewis spent a year in Paris studying at Center of Overseas Undergraduate Program (COUP) affiliated with The Sorbonne University. In New York City, she did additional graduate coursework at Fordham University, The New York School for Social Research and The Publicity Club of New York.  From 1980 to 1984, Lewis was part of the original publicity/marketing team that launched MTV to the world and also worked with MTV’s sister cable channels Nickelodeon, The Movie Channel, and the Arts & Entertainment Network.  In 1984 she left Warner Amex Satellite Entertainment Company (WASEC), a joint venture of Warner Communications and American Express, with the position as National Media Director.

RCA Records relocated Lewis from New York City to Nashville to help shape the careers of top country stars such as Dolly Parton, Kenny Rogers, The Judds, and Alabama. In 1987, she formed award-winning Doyle/Lewis Management with partner Bob Doyle, while continuing to operate PLA Media. The first client Lewis agreed to represent was an unknown Oklahoma crooner named Garth Brooks. She worked with Brooks until 1994 and also co-managed the early successful career of Trisha Yearwood, securing her record deal at MCA and her first gold and platinum CDs.

In 2003, Lewis made her first foray into the world of politics running for the office of alderman-at-large in Franklin, Tenn. She won a four-year term and was the only female on the board for two years and vice mayor for a year. Lewis is a graduate of University of Tennessee’s Institute of Public Service Local Government Leadership Program (third level). She has also served on or chaired multiple committees as well as being elected to the Planning and Historic Zoning Commission. She is a graduate of Belmont University’s College of Business Administration’s Scarlett Leadership Institute Mini Executive MBA program.

Her other community outreach efforts include historic preservation and green space causes, women and children’s advocacy, educational scholarships, fair housing and environmental and animal rights protection. Her foundation has given away thousands of dollars to numerous charities over the last 10 years.