Warning: "continue" targeting switch is equivalent to "break". Did you mean to use "continue 2"? in /var/www/wp-content/plugins/responsive-select-menu/sparkoptions/SparkOptions.class.php on line 778
 | Tim Walker, Metro Nashville Historical Commission (ex-officio)Historic Nashville 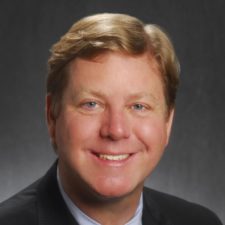 Tim Walker is Executive Director of the Metro Historical Commission (MHC) and Metro Historic Zoning Commission (MHZC), a position he’s held since 2009. Prior to this, he served as the Historic Zoning Administrator for the Metro Historic Zoning Commission. Tim currently serves on The District Board, the non-profit for downtown’s historic districts including Broadway, Second Avenue, and Printers Alley, and is a Trustee for the Association for the Preservation of Tennessee Antiquities. He also serves as an Ex-Officio member on several boards, including The Friends of Two Rivers Mansion, The Friends of Fort Negley, The Friends of Kellytown, Nashville City Cemetery Association, and the Metro Historical Commission Foundation. Prior to his work at the MHC and MHZC, Tim worked as an architectural intern at two local architectural firms, R. Chris Magill Architects and Orr Houk Architects. Tim has a Bachelor of Architecture from the University of Tennessee, Knoxville, and a Masters in Public Service Management from Cumberland University.

Tim has made presentations on Nashville’s historic preservation programs and their success to regional and national organizations including Tennessee Preservation Trust, National Alliance of Preservation Commissions, National Trust for Historic Preservation, and Traditional Building. Tim was featured on HGTVs If Walls Could Talk for arenovation of his own home in the historic Lockeland Springs neighborhood.