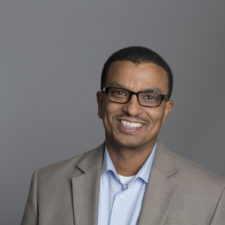 Brian Tibbs, has been with the architecture firm Moody Nolan for almost 20 years. He was the Nashville project manager for the Music City Center architectural design team. In his role, Tibbs worked closely with architects from Atlanta-based tvs and Associates and Nashville-based Tuck-Hinton Architects. He recently completed the Meharry Medical College Cal Turner Family Campus Center project, the first new construction on the Meharry campus in forty years. A native of Huntsville, Ala., Tibbs is a 1991 architectural graduate of the New Jersey Institute of Technology. Since coming to Nashville in 1997, his work includes the historic restoration and renovation of Cravath Hall at Fisk University, which received the prestigious Historic Preservation Trust Honor Award. He has also managed the architectural design and construction of student centers at Jackson State University in Mississippi and Winston Salem State University in North Carolina. Other projects include the indoor practice facility at Oklahoma University and the baseball stadium at Middle Tennessee State University. He was also the project manager of the New Orleans’ Revitalization of B.W. Cooper, one of the neighborhoods ravaged by Hurricane Katrina in 2005.

Brian is married to Felicia. They have one son, Ian, and they reside in Nashville.